The Spinner (a.k.a. Blue Guard) is a movable trap that kills the thief upon contact. It moves on a clockwise circular path. Its radius can be changed, but the Spinner will keep its angular velocity, resulting only in a faster travel speed.

The Spinner is known for being the fastest moving trap in the game, as well as being able to cover a huge area of the dungeon. Because of its speed and high flexibility (one is able to manipulate the starting point, initial orientation, and radius of the Spinner) it is often used to create small windows of opportunity and set up spawn traps.

Since the Spinner is a movable trap, it will influence the Seeker Bird's path.

One-eyed blue circulated ball that has a ring of thorns. 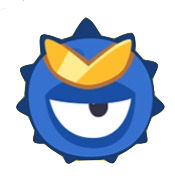 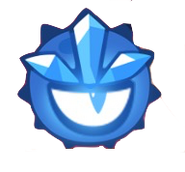 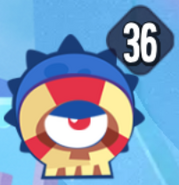 Spinner 36-46
Add a photo to this gallery
Retrieved from "https://king-of-thieves.fandom.com/wiki/Spinner?oldid=8905"
Community content is available under CC-BY-SA unless otherwise noted.