The Homing Cannon is a stationary projectile shooter Trap. It targets the thief and fires bullets towards him in regular intervals of two seconds. The cannon itself is not dangerous; only its bullets will kill the thief upon contact. 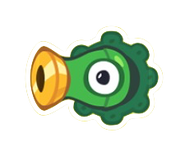 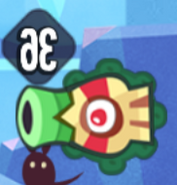 The Sniper Jump explained below can also be overcomed by a very early jump to the wall and slide down to dodge the bullet.

Flash Jump explained in the video below:

Retrieved from "https://king-of-thieves.fandom.com/wiki/Homing_Cannon?oldid=9361"
Community content is available under CC-BY-SA unless otherwise noted.